A lifelong Nebraskan, Jeff Howard bought his first singing bowl at a shop in Lincoln in  the early 2000s after attending the University of Nebraska. What started with that bowl became a few bowls and then many bowls and eventually led to 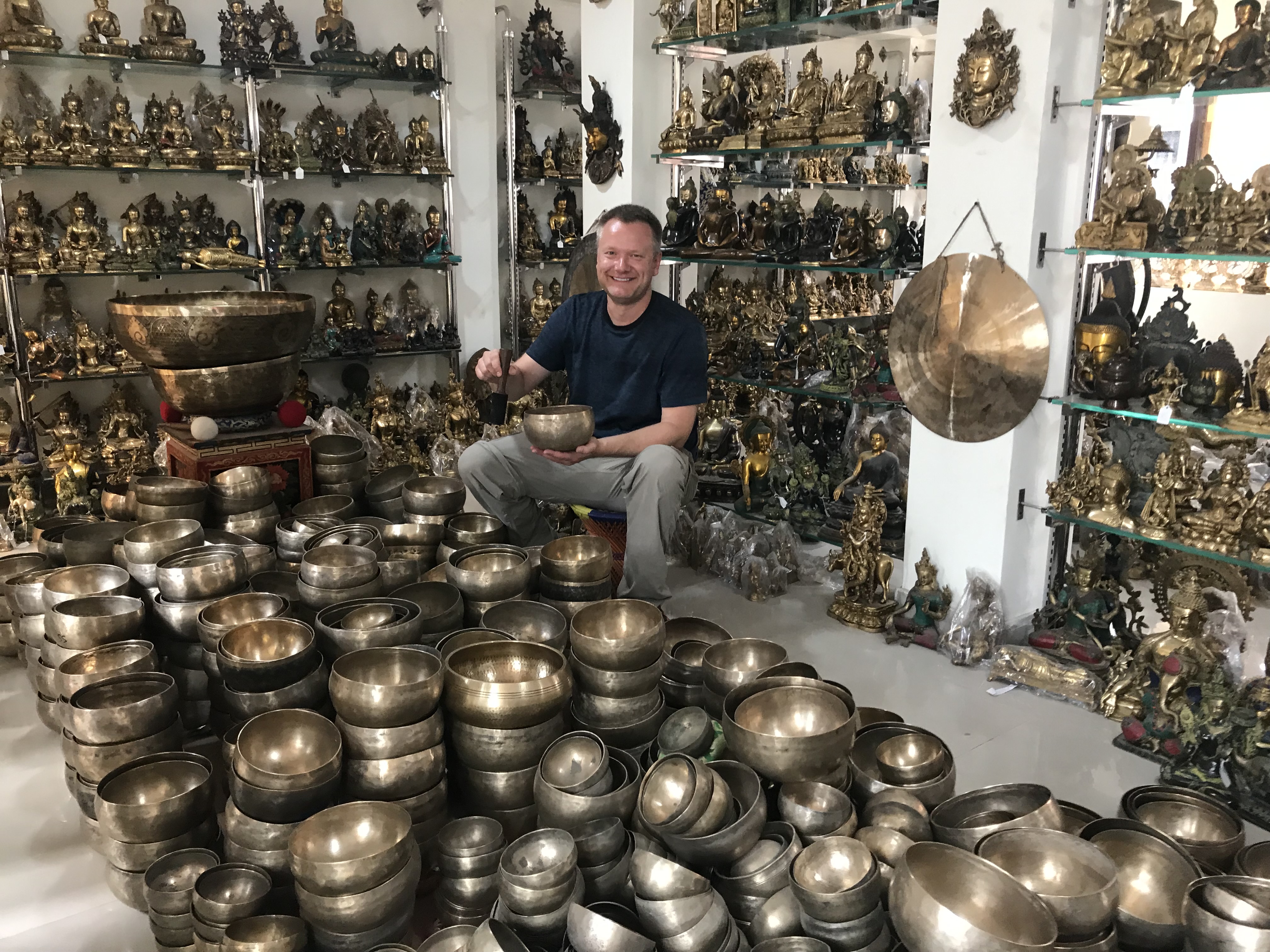 a large warehouse full of singing bowls and other instruments, the conception of a streamlined relaxation therapy modality, an educational organization committed to teaching and certifying practitioners, and a handful of products to support these endeavors.

Upon purchasing that first bowl locally, Jeff used the bowl on his own for meditation and relaxation. Soon after, he made a trip to Nepal to bring home singing bowls for family and close friends, which led to more bowls to sell online. The overwhelming response to those first bowls piqued his curiosity about how the bowls are used, so Jeff began travels to India, Thailand, China, Vietnam, Singapore, Malaysia and the Philippines to study the musical instruments of those countries.

Jeff started Silver Sky Imports in 2003 to create an online marketplace to buy singing bowls. He was the first to mass market hundreds of individual singing bowls online, and to have each product accompanied by sound files and organized by note.  Silver Sky Imports, since 2003, has grown from 50 bowls to a warehouse of more than 10,000 bowls – as well as other meditation products such as gongs, tingshas, chimes, and drums.

Innovation has been the reason for Jeff’s success. Partnering with factories has provided Jeff with the manufacturing base to bring his ideas and dreams to life.In 2010, Jeff invented the Crystal Vibes Gemini bowl and one piece hollow handle practitioner bowls, then sought a way to manufacture a metal bowl purposed for longer and stronger vibrational sustain, launching the Zen Therapeutic Series bowls in 2012. A few years later, Howard conceived the first metal handle bowl for targeted vibrational application, releasing the Zen Vibrapoint bowl in 2017. 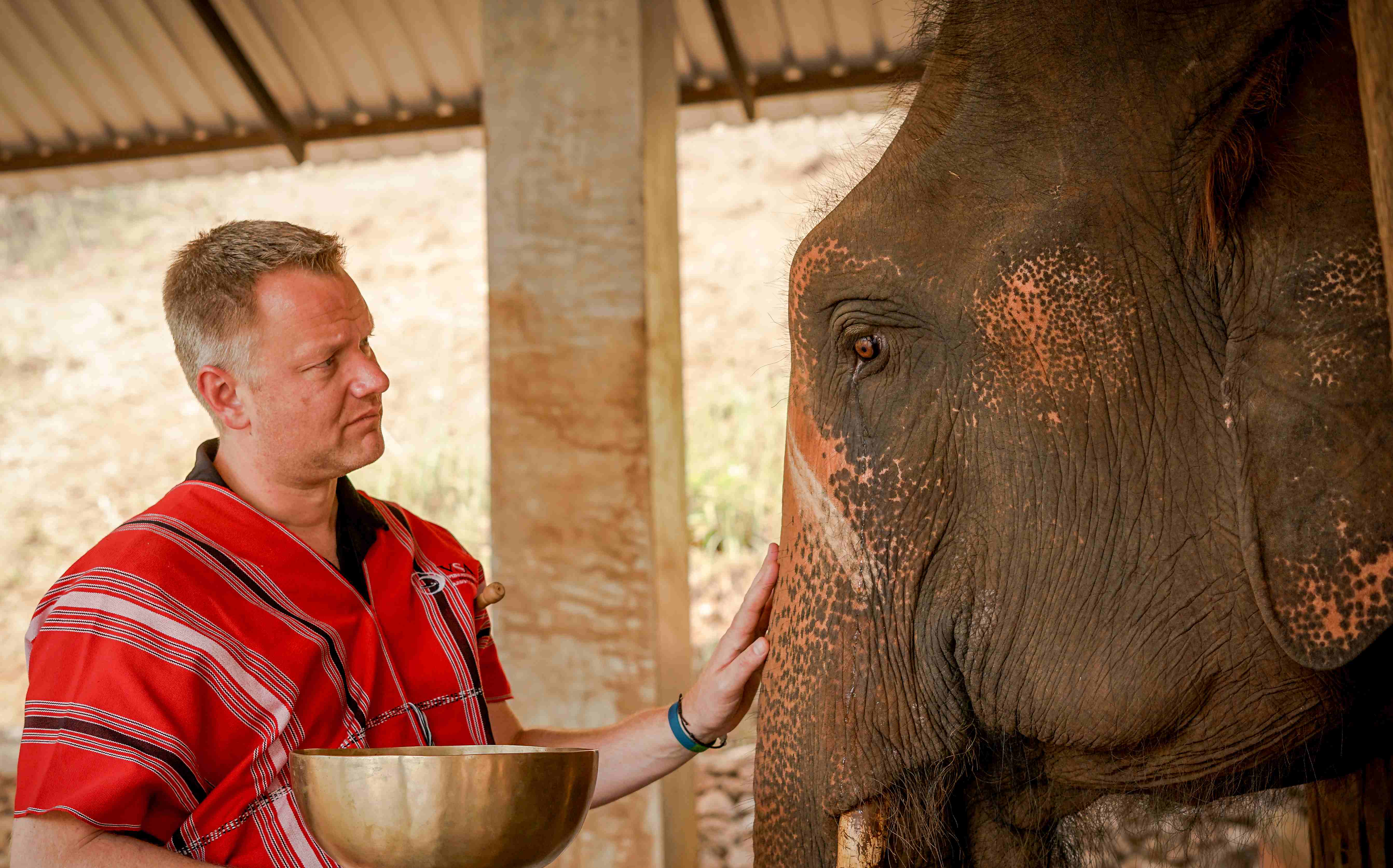 After working for years doing therapy using singing bowls on the body, Jeff noticed a lack of any established protocols or practicum for sound therapy, so he decided to start teaching classes based on successes he had administering the therapy to his own clients. Jeff developed his technique for Vibrational Sound Therapy and in November 2014, Jeff taught his first Vibrational Sound Therapy certification course in Lincoln, NE, thus launching the Vibrational Sound Association. Since that first class, Jeff has taught hundreds of students in major cities across the country, developing the most thorough curriculum available for sound therapy. VSA became accredited by the National Certification Board for Therapeutic Massage and Bodywork (NCBTMB) in 2016 to provide continuing education units to massage therapists.

Because he believes success is better when shared with others, Jeff has committed himself to charity work. He funded the rehabilitation of the Minnath Adarsha Shikshya Sadan Basic School in Nepal following a destructive earthquake, and also works with local charities such as the Bridge (a residential rehabilitation facility) and Fresh Start, a non-profit that helps women work their way back into society after experiencing homelessness, incarceration, and other struggles.

Jeff also does fundraising for Patara Elephant Farm in Thailand, where he brings groups of VST practitioners to administer sound therapy to abused and traumatized elephants. His focus is on calming pregnant elephants to reduce the stress of pregnancy and childbirth, which has been found to help the mothers accept the babies and nurture them.